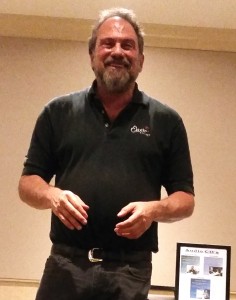 Many of his students and clients have become successful songwriters with songs on the Billboard charts, placements in movies, commercials, television and video games as well as securing publishing and major label recording deals.

Songwriting is an art – but its also a craft. As songwriters we all have internal muses that inspire us with melodies and lyrics that convey feelings and stories. But professional songwriters know that inspiration is only the first step, and it takes a thorough knowledge of the craft to edit what our muses give us into a finished product that can successfully impact thousands or even millions of people.

Jai has been successfully coaching songwriters take their writing to a new level for almost four decades through his nationally renowned SongShop as well as his private songwriting coach programs and educational CD’s. Look inside and see how Jai can help you realize your full potential as a songwriter.

*To contact Jai directly about working with him, email jai@jaijomusic.com *

Jai has created a brand new video based on his acclaimed Songwriters Blueprint. Its called “How to Turn a Good Idea into a Great Song” and will be streaming free on the TAXI YouTube channel Tuesday November 8 from 5:45-6:45 Pacific Time   (8:45-9:45 on the East Coast). Don’t miss this opportunity to learn directly from the man who has helped thousands take their songwriting to the next level of success!

Jai also has a powerful new audio download called Secrets of Successful Songwriting where he reveals the “secrets” million selling artists use to create their songs and then demonstrates how to immediately begin incorporating them into your own writing. Its the distillation of everything he’s learned in 40 years of being a professional songwriter and coaching hundreds of developing writers like you to successful careers in the music business. And its available now on the audio/video program page of this website here: https://jaijomusic.com/audio-video-programs/

Also, Jai’s renowned monthly SongShop is filled for the cycle that began in October, but will likely have an opening or two for new members in the next cycle beginning in February 2023. For more details go to https://jaijomusic.com/songshop/   if you’re interested, email him at Jai@jaijomusic.com in January, as the openings tend to fill up a month in advance.  Also, he is available anytime for one on one introductory sessions and consultations, which can be booked here: https://jaijomusic.com/one-on-one-songwriting-coaching/  Be sure to connect with him via email before booking one.

Have a happy and successful 2023 everyone. Write on!

“Learning from Jai made a huge difference in my ability to write music more effectively. It opened up possibilities that gave me more freedom - like giving a painter more colors in his palette to paint from."
- Susie Suh - Sony/Epic       recording artist

“My band went from playing small local gigs to having an international distribution deal with a major label and opening for hit acts. I attribute this primarily to how much my songwriting improved studying with Jai.”
- Jeff Prince – Writer/Guitarist “The Bitter Elegance”

"Jai gives songwriters a whole toolbox full of effective useful techniques for adding memorability and impact to their songs. I know this firsthand - I studied with him and it really helped my songwriting."
- Robin Frederick - over 500 songs placed and head of A&R screening team at TAXI

"Thank you from our hearts for bringing your great expertise and nurturing spirit to the West Coast Songwriters Conference. You are a national treasure in songwriting education and it always bumps up our credibility when you lend your name to our efforts."
- Michael Edell - President, West Coast Songwriters